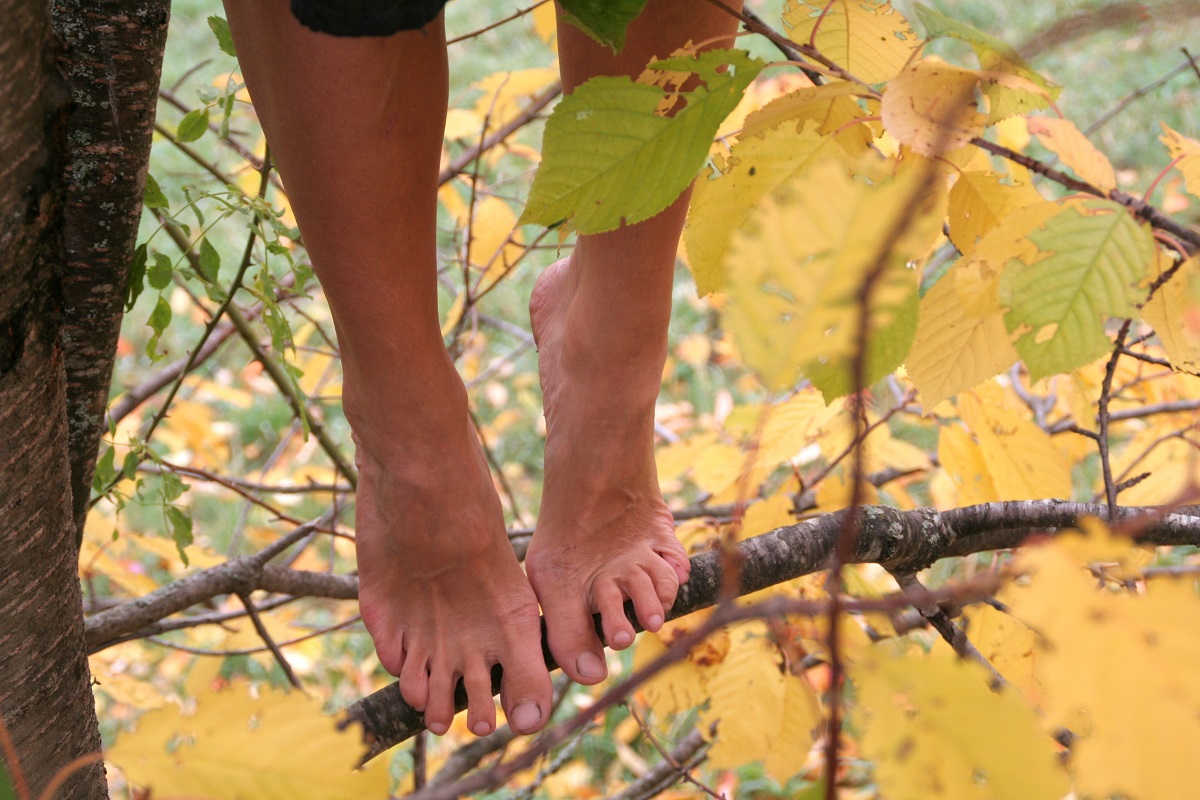 Anna Rubio is a movement artist.

She lives in High Pyrenees, where she divides her time between creative projects, psychotherapy and teaching, in the natural environment that is so essential to her work.
Trained in classical and contemporary dance, she has studied at various times with Herminia Espejo, Mariana Giustina, Carol Diley, Carles Sales, Olga Tragant, Anne Morin, Cecilia Colacrai, German Jauregui and David Zambrano, among others.

In 2009 she began work on the theme of Creative Processes in Nature with Paula Kramer, which she has continued until the present with the study of the creative movement technique called Amerta Movement under the tutelage of the Indonesian master Suprapto Suryodarmo.

Anna’s career as a dancer began with the Grup de Dansa of the UAB ( Autonomous University of Barcelona ) and with Igual da Igual, and took part in Dies de Dansa at Barcelona’s Festival GREC with the choreographer Carles Salas, with performances in the Fundació Miró, MACBA, CCCB, Parc Güell and the Caixa Fòrum.

Anna’s work is always destined to be performed “in situ” and in collaboration with musicians (2002-2016): Two women one earth (Festival Art i Religiositat, Java); Prat, arbre i formiga (Aplec Saó, Farrera, Alt Pirineu); All the trees I met (Festival Seni Candi, Java); Clarobscur (Poesia als Parcs); The seeds of the wind (Festival Seni Candi, Java); At home with the wind (Festival Java Central); All the trees I met II. Festival Apple Thing (Aizpute, Lithuania); La dansa del roure – The dance of the oak (Festival Folk, Cerdanyola); and Les llavors del vent – The seeds of the wind (Festival de Sanmenat). Other collaborations were with the singer and musician Steve Smyth and Roger Mas at the MUDA Festival (Pyrenees, Catalunya), with Lu Rois at the Emnes Festival (Catalunya), and with Namina Miró and Marta Graham.

In 2002 Anna won a scholarship to take part in the EU-funded project “Frontiers in Retreat” with the object of exploring the connection between art and the natural world. This offered residencies at El Centre d’Art i Natura, Farrera, Pyrenees, in Latvia at SERDE, and in Helsinki at HIAP, as well as the oppotunity to participate in different festivals.

In 2015 she presented a series of dance pieces called El Ressò de les Ermites, her most personal project so far. With these works she has striven to bring dance to a wider public, performing in seven different artistic interventions in hermitage churches of the Pallars Sobirà region of the Pyrenees, in collaboration with other dancers, including Montse Martí and Iera Delp, and with musicians such as Sénior, Josep Ma Ribelles, Carola Ortiz and Pep Rius.
In recent years she has been exploring the field of videoart, working with the artist Quelic Berga to film the pieces mentioned above; Claraobscur (2015) and El ressò de l’ermita (2016) were chosen to be performed at the Festival Picurt and the Festival Mostremp.

Anna Rubio is also a psychologist, with a masters in Clinical Psychology and a postgraduate qualification in the Psychopathology of Infancy and Adolescence, and a Masters in Movement and Dance Therapy.